Wallace is currently participating on the ApprenticeshipsNI Programme with Bryson Training and Employability. He is employed by Engie and is undertaking Level 2 & Level 3 NVQ Diploma in Carpentry and Joinery.

We were delighted to hear that Wallace has recently been nominated by his employer Engie, for the UK regional Apprentice of the year award. The Apprentice Awards is an annual event that takes place to recognise and reward the achievements of Engie’s apprentices across the UK. Wallace was the only apprentice from Northern Ireland to be nominated. 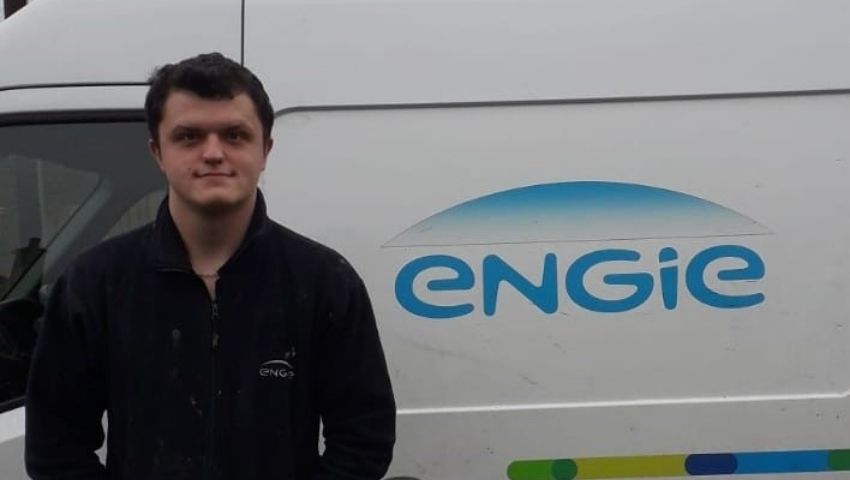 “I attended another Training Provider for a year, but I didn’t feel comfortable in the large college setting. Instead of just giving up my training I spoke to my teacher who recommended Bryson Training and Employability. What I liked about Bryson was the friendly welcoming environment and the level of one-to-one support from the tutors. I had found it difficult to progress at the college as the course work was a lot to handle but with Bryson it’s made a lot easier. Tutors are always there to explain, help and support you with your essential skills and vocational learning.

I started employment with Engie 10 months ago as an Apprentice Joiner. I love working for the organisation. I have developed a great relationship with colleagues and management. Staff are always there to support me and teach me everything about the trade.

I have really enjoyed the Apprenticeship Programme. Its hard work but very enjoyable and to achieve qualifications and employment, it’s really worth it! I would recommend the programme to any young school leaver or anyone wanting to get into a trade. I can honestly say that without the help from Bryson and Engie I wouldn’t be employed as a joiner and definitely not nominated for Apprentice of the year!!

I was really proud to receive my Apprentice of the Year nomination and have the chance to go to Manchester to the awards ceremony in February. This is something I could not have imagined 2 years ago. I am so glad to have chosen Bryson as a path to progress my learning and my career as a joiner”